What Would Be "A Food Movement Worth Of The Name?" 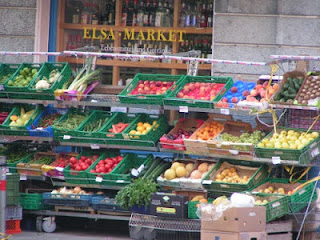 Back in October of 2012, author Michael Pollan wrote an opinion piece for the New York Times  in which he said the vote on California Proposition 37 would show whether or not the “Food Movement” had developed into “a movement worthy of the name.”  Proposition 37 failed for good reasons, but Pollan has raised a good question:

What would a food movement worthy of the name look like?

Food is a tremendously important topic –necessary for survival, but critical in many other ways too.  Our diets influence our health in profound ways.  Food is also an integral component of culture, history and religion.  Food can be a source of great enjoyment and is an important medium for family and broader social interaction.  A worthy “Food Movement” focused on a topic of this importance should have at least the following positive goals:

·      The alleviation of hunger in the world.
·      Making sure that there is a safe, affordable and nutritious food supply
·      Helping people make good food choices for optimal health
·      Encouraging food production systems which are sustainable, just, and which have a minimal environmental impact

I’m sure that many who consider themselves part of the “Food Movement” aspire to these goals, but some of those who write, speak and blog for this movement tend to focus on what they are against more than what they are for.  Additionally, some writers are anti-scientific, inclined towards conspiracy-theory-thinking, and inclined to incite fear more than understanding.

However, I believe that antipathy towards farmers is the least worthy characteristic of the current “Food Movement.”

If you reflect on the positive goals listed above, most are outcomes that can never be achieved without the critical contribution of those who actually produce the food.  By this I mean those that produce the 98+% of our food that does not come from small, local or organic farms.  While there are some foods for which localness is a real advantage, the fact that different foods tend to be produced in specific regions is because it makes the most sense to do so in terms of productivity, quality, and risk. Scientific and statistical evidence shows that organic is much less productive, and that it is not expanding in terms of acreage or production at least in our own country.  Organic is growing, but only in cost.

When many food movement advocates talk about farmers they tend to do so wielding epithets via terms, like “big,”  “factory”, “industrial,” “chemical,” or “corporate.”  They tend to imply negative or malicious or irresponsible motives.   Overall, they write about farmers in a way that indicates that they don’t actually know any of them.  I don’t think it is a good feature of any movement to dismiss broad groups with no real knowledge of those they are talking about.

I wish many of these writers could have the privilege to meet some of the farmers I have met over the years. Examples would be a grain producer in North Dakota with a 12,000-acre farm whose “office” is the kitchen table or the 5,000-acre grain grower in Kansas whose “office” was a desk in the corner of the machine shed with a brand new runt calf under a heat lamp next to it.  These are family farms operated by an individual or two brothers with maybe one hired hand and some family help at busy times of the year.  Between the economics, amazing equipment and the steady decline in the farming populations, this is modern farming, and it is just as noble an endeavor as ever before.

I wish these writers could meet farm managers who work at multi-thousand acre vineyards or orchard companies in California that are actually “corporate farms”.   Like the grain farmers, these are all examples of technically sophisticated, business-smart, environmentally aware, generous and friendly folks who farm today.  Well under 1% of our population is directly involved in farming today.  Those who do are worthy of recognition, not demonization.

Farmers take on enormous economic risks each growing season with so many factors outside of their control (weather, commodity prices, pest outbreaks, new regulations…).   Rather than being armchair critics, it would be wise for Food Movement folks to assume that if farmers do something, there is probably a pretty good reason.  If they apply pesticides, it is because pests and their damage are real, and that failing to control them would compromise the production efficiency, quality and safety of their crop.  If farmers grow a certain crop or a biotech improved version of that crop it is because that is their most rational economic and risk/management choice.  The companies that sell seeds, equipment, chemicals or fertilizers to farmers can only do so if they create real value for their customers. Farmers are not stupid.  They only stay in business if they make good purchase decisions.   The products that famers buy support private investment in the development of better seed, better equipment and better crop protection chemicals.  There is nothing sinister about this.  It benefits farmers and thus, indirectly, all of us.

The Farmers Most Worthy of Food Movement Support

There are a great many “conventional farmers” who are on the cutting edge of environmentally friendly farming.  They use best practices like no-till farming and cover cropping to build soil quality and reduce off-site pollution. They use integrated pest management; fertilization via precision-variable-rate application for non-irrigated crops, or “spoon feeding” of nutrients via irrigation; or controlled wheel traffic (GPS and beyond) to avoid soil compaction and to reduce nitrous oxide emissions (greenhouse gas).   A “food movement worthy of the name” would be allied with this major group of progressive farmers.  Instead of railing at the farm community as a whole or at the companies that supply progressive farmers what they need, a worthy food movement might be brainstorming ways to change the farmland lease and credit systems which don’t encourage the sort of long-term thinking that is required for farming in the most sustainable fashion.

Farmers are not the problem when it comes to important things about food or about legitimate goals of a worthy Food Movement.  Farmers are a critical part of the solution.