This Is Not My Grandpa's Organic

I’ve been interfacing with Organic for 50 years. It’s a little scary to say you have been thinking about anything for half a century, but I did first learn about Organic from my grandfather about 50 years ago.  He was a WWI vet who became an avid “victory gardener.” By the time I was eight or ten I would help him tend his vegetables or turn his compost pile.  This was in the early 60s, and my grandpa subscribed to “Organic Gardening Magazine” published by the Rodale Institute.  The organic growing system he explained to me was focused on the importance of building and maintaining a healthy soil.  He did this by incorporating manure and composted kitchen scraps.  As I grew older it also became my job to mow his lawn, always saving the clippings to use as mulch around the tomatoes, squash or sweet corn.

Since I had no farming roots on either side of my family, I’m convinced that those happy times in the garden with my beloved grandpa served as seed for my eventual interest in agriculture.  It certainly inspired my own passion for gardening, which I have been doing since high school.


In Davis, where I went to pursue graduate work studying plant diseases, my wife and I gardened with another couple. Our friend Greg had a B.S. in agronomy and was working with a farm consulting company.  He was also one of the early pioneers of Organic farming and sold his produce at the weekly farmer’s market and to the local food coop.

The Organic that Greg explained to me was just a more detailed version of what I had heard from Grandpa, focusing on the importance of building soil health. In the 35+ years of work in agricultural technology, the importance of soil-building for sustainable farming has been confirmed many times.  The agricultural community has learned newer and more scalable ways to increase soil quality, but I believe that the original organic movement deserves the credit for providing the fundamental insight.

Although I started with these positive associations with the organic movement, during this half century of experience I’ve seen a fundamental change in what “organic” has come to mean.  I’m not talking about its evolution from a gardening method to a commercial farming enterprise, but about its essence.  Rather than a positively framed approach, it is now defined by what it is not. Organic is now primarily defined as crops grown with no synthetic pesticides or fertilizers, no genetically engineered plants, etc.  As such, Organic fits within our broader rich-world ethos of buying food for what it is not: "fat free," "zero cholesterol," "gluten free," "no HFCS," etc.


The government sanctioned rules and certification system are also primarily focused on enforcing the embargo aspects of organic - the "nots."  Much of the advocacy around organic emphasizes what it is not and is critical of non-organic farming because it includes those features.

Ironically, by shifting the focus to what organic is not, farmers following the organic rules are unable to adopt many new options that would actually be better for the environment or safer for consumers.  In major row crops, millions of acres are now being farmed under “continuous no-till.”  This is a way to build soil quality without importing tons of compost per acre, which is how organic typically achieves that goal.  Without synthetic chemicals, no-till is impractical for organic growers on any significant scale because they have almost no herbicide options.

Drip irrigation is a much more efficient way to water crops, and is also a way to deliver fertilizers at the varying levels that the crop needs throughout the growing season.  That means more efficient use and far less water pollution potential.  Organic farmers can drip irrigate, but to buy soluble organic fertilizers to go through the drip is very expensive.  Plants absorb the same chemical forms on the nutrients no matter what form they are in to start.

Modern synthetic pesticides are commonly as safe or safer than the much more limited list of “natural” pesticides that are allowed for use in organic.  The organic rules are negatively defined as non-synthetic rather than by anything to do with relative safety.

My grandpa was born in 1899 and lived until 1982.  He witnessed dramatic technological changes throughout his life.  He embraced and enjoyed those changes much the way he embraced the positive innovation that was Organic in the middle of the last century.  The positive to negative shift I have observed over 50 years with organic does not help the farmer, improve the crop or protect the public.  It is certainly not my grandpa’s Organic. 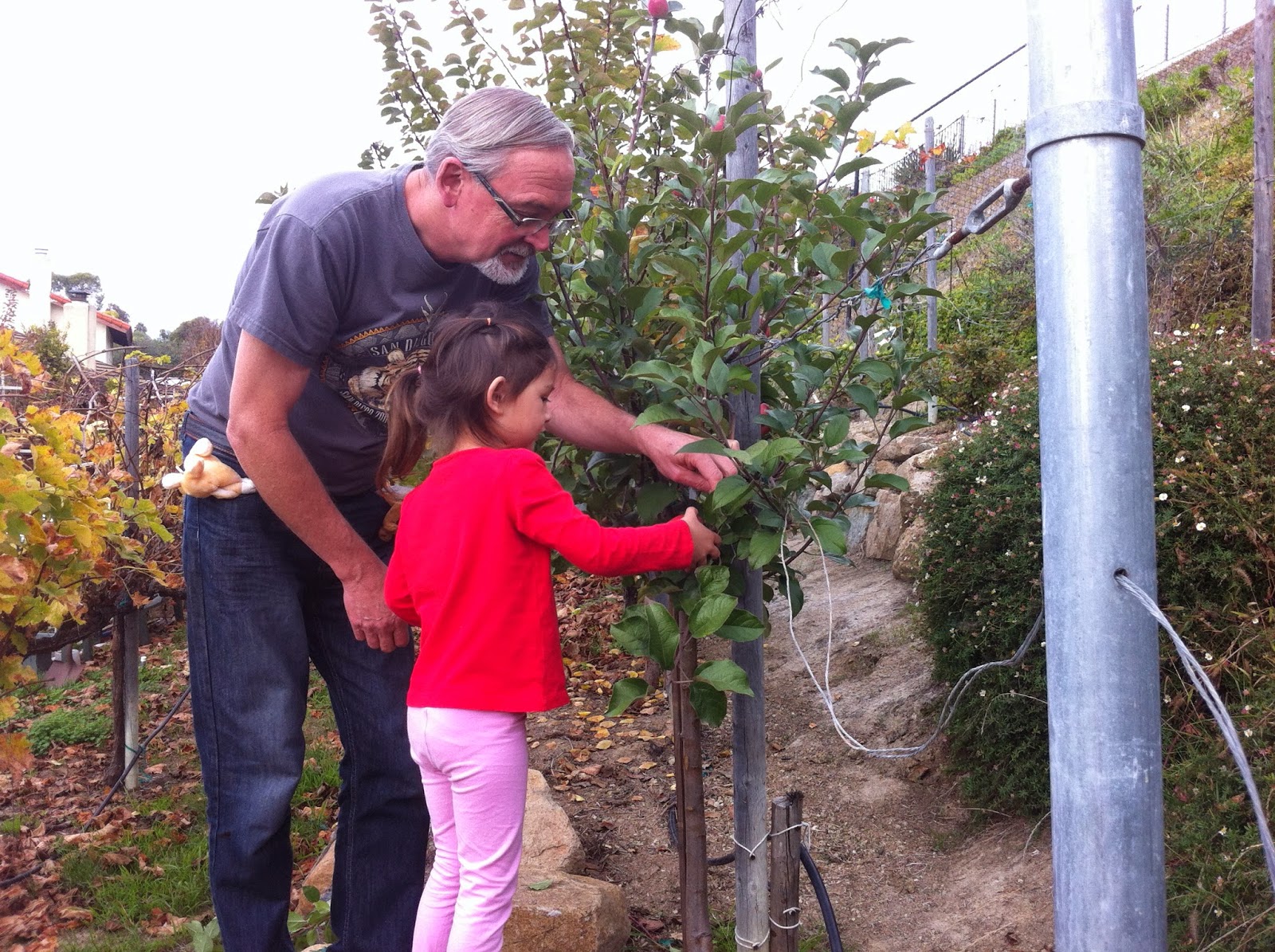 p.s.  I still garden and I love being able to use it as a way to teach my grand daughter a little bit about where food comes from.  I pay attention to building/maintaining the quality of my garden soil just as my grandpa did.  I don’t worry about trying to follow the modern Organic rules.
Posted by Steve Savage at 11:28 AM No comments: