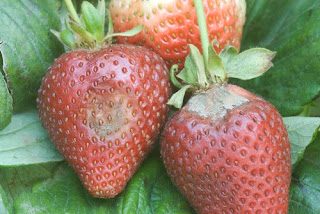 Food waste is a big problem in the rich world, and even more so in the developing world.  Recently, much has been written suggesting that one of the best ways to improve the sustainability and lower the footprint of food production is to reduce waste. While this is absolutely true, the missing perspective is that efforts to reduce food waste have been going on for a very long time, and significant advances have been made over the last several decades.

That does not mean there isn't plenty of room for additional progress, but that is harder than many might imagine.  I think that by considering what has already been done, we can get a perspective on the remaining challenges. I'd like to focus on fruit and vegetables and to talk about just 10 of the many ways that industry routinely reduces food waste. I'll cover methods 1 to 5 here and 6 to 10 in tomorrow's post.

The introduction of large-scale ice delivery and ultimately refrigeration completely transformed the global and local food system.  For a detailed and fascinating description of that radical change in the food supply, I recommend Susanne Freidberg's excellent book, "Fresh: A Perishable History."


I would like to describe some of the recent refinements of the “cold chain.”  Fruits and vegetables are living, breathing organisms, but all these life processes slow dramatically at cold temperatures. It is often said that an hour at room temperature is like a day in the refrigerator in terms of the fate of produce.

For many commodities, the most urgent need is to get rid of the field heat within the produce.  This is now typically done with either forced-air or hydro-cooling. When fresh produce is shipped in trucks or train cars, it is now routine to have continuous monitoring of temperature throughout the load to warn of "temperature excursions" that could compromise future quality and shelf-life.  Sophisticated receivers of produce know that different items need to be held at different temperatures.  Some things do best held just above freezing.  Some tropicals cannot take cold. Tomatoes lose flavor if stored too cold.  Something like a peach can't be held at a compromise middle temperature range (which was common in the past) because that causes it to develop that mealy, disappointing texture most of us have experienced.  Some retailers, notably Costco, have recognized that it is best not to break the cold chain all the way until the sale. Their walk-in cold rooms help you reduce food waste at your home and reduce food waste in their store. 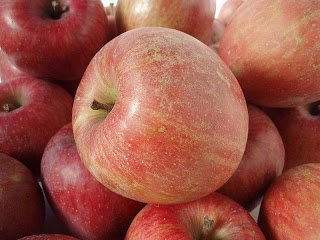 Back in the 1950s, scientists learned that if you put produce in storage rooms or containers in which the balance of oxygen, nitrogen, and carbon dioxide have been altered, the metabolism of the produce can be shifted so that it can be stored or shipped over longer periods of time without losing quality.  The apple industry adopted this approach in the 1960s and transformed itself from a late summer-fall, seasonal crop, to a nearly year-round crop.  This sort of atmospheric modification - customized for each commodity - is what allows us to enjoy many tropical fruits that would not normally have been able to be shipped here (btw, ocean shipping is extremely energy efficient).  A modified atmosphere used at the wrapped pallet level in strawberries is a major factor in reducing store/customer waste for that popular fruit.

Most fresh produce is delicate and some is very delicate.  The process of picking, handling, sorting, packaging and transport gives abundant opportunity for physical damage.  That damage leads to bruising and often to injuries that open the way for rot organisms or just plain nasty smelling bacteria and yeast to turn good items into food waste.  There have been scores of innovations applied over the decades to reduce all these forms of damage.  The most obvious to the consumer may be packaging which nestles each item to prevent not only physical damage, but also the spread of decay from one fruit to the next.  Very delicate items like strawberries are "field packed" so that they can be carefully loaded into the final consumer package at the edge of the field, minimizing the opportunities for bruising.  Packing lines often move fruit in flumes of water so that bruising on hard surfaces can be avoided.  The suspension on the trucks used for shipping may be enhanced to prevent vibration damage.  These are only a few of the methods used.


Many people dislike the idea of fruit being waxed, but unwaxed fruit rapidly degrades to something that a retailer would have to discard. That is why waxing is a key means of preventing food waste.  The materials used are often from natural sources, but more importantly they have been well tested for safety. 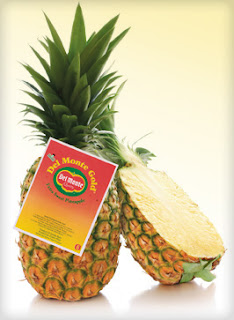 There is an interesting example of how a wax made a huge difference in the pineapple business.  When I was growing up and until the 1990s, pineapples were often a very disappointing purchase - so sour that they were nearly inedible.  That sort of thing is a major cause of food waste that I call "disappointment shrink." Some researchers came up with a particular wax composition that effectively created a "modified atmosphere" within each pineapple, and this allowed the much better tasting "Golden Pineapple" to successfully make the trip from the tropics to our markets.  Pineapple consumption has been increasing ever since.

Perhaps the main cause of food waste for fruits and vegetables is decay caused by fungi - what most people would call mold. During the picking process and in packing lines, produce packers eliminate any obviously infected items, but invisible "latent infections" can be present which occurred in the field and spores can get into even the smallest site of damage. If the cold chain is working well, these infections may not be apparent when the store or distribution center receives the shipment.  It may not even become apparent in the store depending on how quickly the produce is sold.  But these infections may turn what you hoped would be delicious into a spore-bomb or maybe a berry which looked ok but which had that awful, moldy taste.  To reduce this major source of food waste throughout the chain, a very small and select group of fungicides have been approved for use in the packing process, mainly for certain kinds of fruit.  Obviously these fungicides need to be products with no mammalian toxicity and also, ideally very low use rates.  Fortunately such options do exist and they are preventing a great deal of food waste.  As a long-term consumer, I have been observing steady progress in this area.

I've really only scratched the surface of the food waste reduction innovations that have been put in place.  Again, there is still room for improvement, but much of what is left to do is really in the hands of retailers and consumers.

Image of grey mold on strawberries from Steve Koike of UC Extension (a fellow grad student back in the early 80s).  Fuji apple image from wikimedia commons.  Golden pineapple image from Delmonte.  Moldy lemon image from Monster Pete
Posted by Steve Savage at 7:54 AM