What Would A Real "Right To Know" About Food Look Like? Not CA Prop 37 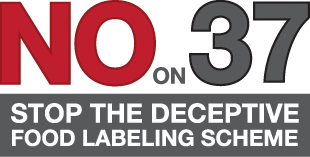 If California Proposition 37 is really about a "Consumer Right To Know," then why is it talking about a few words in a tiny font on the back of a package?  Why are we only talking about one question (GMO or not) when there are so many more issues people could care about? Why are we talking about something that only involves selected types of food in only one state?  None of this sounds like a sincere or even rational way to let people "know" something about their food.  It also sounds so "last century!"

The "information age" is unfortunately also the "disinformation age."  There are a host of sources out there saying all sorts of negative things about genetically engineered crops - things which are clearly at odds with the scientific consensus around the world.  In many cases the entities behind these critiques have much to gain in product sales or fundraising is consumers can be frightened about GMO foods.  That is certainly the case for many sponsors of Proposition 37.  A few words on a package is a very poor way for a consumer to come to "know" anything except what these entities want them to "know," which is "be afraid and buy what I'm selling instead."

In the internet, smart-phone age there would be so much better ways to allow people to actually get some knowledge about their food.  Most products have a bar code, a PLU sticker, or some other way to link to data.  Consumers could have an "app" or their mobile device that uses that code to take them to a wealth of product-specific information that could be accompanied with the background or perspective to move from some isolated factoid to actual "knowledge."  Alternatively, consumers could access the information on a computer or even on a terminal provided by the store.  The key is setting up an authoritative, current, user-friendly and independently verified place to go find reliable, unbiased information.

Who Should Do This?

I think this would be best run by a non-governmental, not for profit entity with no economic ties to food companies, biotech companies, anti-technology organizations, organic marketers.  It should have a transparent list of highly qualified technical advisors from academia.  It should have a group of communication experts who really understand how to present technical topics for a broad audience.  It should have advisors from the farming community and the commodity system who can tell those communicators how things really work in the largely unfamiliar realm of agriculture. It should have some seriously tech savvy people to set up the site(s).  Thought needs to be put into how to fund this because it is fair that the food and biotech industry help foot the bill, but in a way that does not give room for even suspicion of conflict of interest.  It may be that charitable sources can also be tapped.  If all the money spent on the Prop. 37 battle could have been used for this it could have been funded for years.

What Information Should Be Available?

The first thing that could be done is to make a very easy way for people to know whether any given crop does or does not even have commercial GMO varieties that could ever end up in the store.  Anti-GMO sites usually use graphics of crops which never have been and in most cases will probably never be GMO.  For instance, very few crops in the fresh produce arena are GMO.   This list could easily be maintained by for the "right to know' site with help from the USDA.

For crops that have been improved using transgenic methods, there should be an easy way to see what the traits are, how they work, why they are useful to farmers, what advantages they may have for consumers.  For each one there should be a balanced presentation of the issues that have been raised from a health or environment perspective and what data has been generated and reviewed to evaluate them.  This information is not something new, but it would be an advance to get it all into one place with independent credentials and easy access.  There should also be a clear description of the food ingredients that are most likely to include supplies from GMO plantings and how to recognize those on a label.

Finally, there should be a way to get information on a product-by-product basis using bar codes or other identifiers.  The information presented should probably be voluntary on the part of the company responsible for making the product, but it would also go through an independent review.

Examples Of What People Could Know

Lets consider some examples of how this system could help consumers actually know things about their food.  Lets say you want to buy some corn tortilla chips.  Corn is a crop which is mostly GMO since the 1990s.  Most of this crop is used for animal feed or for ethanol production.  A relatively small part of it goes into food ingredients like corn starch, corn meal, high fructose corn syrup an other things.  A very small part of the total corn crop is used for making corn tortillas and tortilla chips.

One manufacturer of tortilla chips might say that they contract for special corn hybrids that are particularly well suited to chip making, and they decided to use non-GMO versions of those because they thought there was a customer base that would be willing to pay a bit more for that.  Another manufacturer might say that they intentionally use corn from the normal, mostly GMO supply because that corn is less likely to have mycotoxins like Fumonisin which is related to the sort of insect damage which Bt corn prevents.  The informed consumer could then decide which chips they want to buy.

Or consider soybean oil.  A food manufacturer or restaurant may say that they have specifically chosen to use the high oleic acid soybean products that have been developed using biotechnology.  This is a more functional oil for many foods and also a healthier oil because it is a solution for avoiding trans-fats.   The manufacturer could also say that since these and other GMO soybeans are herbicide tolerant, it makes it easier for farmers to use "no-till" farming techniques which are better for the environment in many ways.  Another manufacturer may explain that they use US, GMO soybean products because they do not feel confident in the non-GMO soybean-based ingredients on the market which may come from places like China.

The independent entity would summarize the safety assessments of each trait by expert panels around the world and that information would be linked from the product-specific site so that a curious consumer could see what is known on that front.

A system like this would actually allow consumers the opportunity to know about their food in a meaningful way.  Proposition 37 would not accomplish that goal.

You are welcome to comment here and/or email me at savage.sd@gmail.com
No on 37 Logo from www.noprop37.com