Way Too Much Angst About GMO Crops 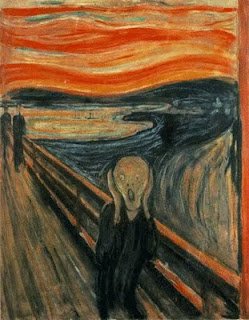 (This post also appeared on Sustainablog on 6/7/11.  For links to my other posts click here).
From what I read on various blogs and comment streams, there is WAY TOO MUCH ANGST OUT THERE about GMO crops. Too much angst because every significant panel of scientists that has reviewed this technology has concluded that it is as safe as any other domesticated food crop.  Too much angst because the reality is that only a small number of crop species will ever be genetically engineered for commercial use.  There are four main reasons why this is the case:

For most crops, somewhere along the chain of commerce from the farmer to the consumer, there is a step where there is considerable "concentration." This means that much of the market is in the hands of one or a few players.  A classic case is potatoes.  In the US, McDonalds corporation is such a dominant buyer of frozen fries,  it was able to stop the commercial deployment of biotech potatoes with three phone calls.  Unlike standard potatoes, the GMO potatoes in question are not planted into a supply of insecticide sufficient to be picked up by the roots for 60 days because they make their own, super-safe and specific "pesticide" in their leaves (Bt).  The GMO potatoes also don't need to be sprayed for aphids close to harvest because they are resistant to the virus those aphids spread.  The potato growers were extremely excited about the technology, but purely for the sake of brand protection, McDonalds was able to deprivethe entire industry of this advance.   Potatoes are still a perfectly safe food.  It could just be easier on the growers.


There are other cases of this sort of brand-protection power.  The major frozen food companies and grocery retailers have been able to block most use of "Bt Sweet Corn" which could save farmers 8-10 insecticide sprays/season.  Frito-Lay blocked the use of GMO, Bt white corn for corn chips even though that technology greatly reduces the risk of contamination with the mycotoxin, Fumonisin, which has been linked to neural tube defects in humans.

Brands are very valuable things and are protected fiercely.  Activists like GreenPeace know this well, and they are able to use the threat of protest to turn that business instinct into decisions that are counter-productive for farmers and consumers alike.

Genetically engineering a crop is not that costly, but doing all the work necessary for the regulators is very expensive.  Unless the crop in question is very large, very valuable or both, it will just never "pencil" to make the R&D investment, particularly if there is any marketing risk.  I was once on a team that helped a major banana company and a biotech company think-through whether they should spend the money to develop a disease resistant banana.  In Central America, it is necessary to spray this crop from the air almost every week to control a disease called Black Sigatoka.  Bananas are a large, global crop so I was certain that the "business case" would be attractive.  To everyone's surprise, when we did the math, it came out as a poor investment!  The problem is that banana plantations only get re-planted about every 20 years, so even if the new technology was available, only a small area would be planted each year. Saving >50 aerial sprays wasn't enough to cover registration costs once the time-value-of-money is factored in.
So no minor crop and almost no perennial crop is ever going to become GMO unless the growers band together to make the investment.  A coffee expert explained this to the global Specialty Coffee Association last year and suggested that they contemplate what it means that coffee will never be GMO.  With the issues of climate change and declining labor availability, that entire industry is at risk.


3.  Other Ways to Achieve the Same Goals

There has been a tremendous, public/private, global investment in biotechnology, far beyond that for the few crops that have been modified.  That has led to the development of many new methods to alter the genes of plants etc. that don't involve the introduction of any "foreign DNA."  Most of the crops that fit category 2 above will likely be improved using these alternatives (Marker Assisted Selection, Directed Mutagenesis, Induced Polyploidy...).  These improvements will not involve expensive regulatory barriers, and so far, don't draw the ire of activists.

Plant genetic engineering has been the most carefully thought-through new technology introduction in history.  I remember attending major scientific conferences on the safety and environmental questions at least 10 years before the first commercial seeds were planted.  We talked through everything with ecologists, botanists, sociologists, economists, molecular geneticists, food industry experts. But none of this influences the "environmental" groups who have seized on this issue to raise funds and draw attention.  The activist's task is made easier because molecular genetics is a fast-moving science that few consumers understand.  The press has also been unwilling to take the time to understand this to the extent that journalistic standards would require and so many have not helped to counteract the fear-mongering.  This is the only way I can explain some activist-driven rejections.

My all-time-most-read blog post was titled, "A Sad Day For Wine. A Sad Day For Science."  There is a virus called Grapevine Fanleaf Virus that is spread by a nematode(Xiphenema index). If the two ever infest a given vineyard site, good quality wine can never be produced there again because the vines will soon decline and die.  That means that there are many wonderful vineyards around the world that have the an excellent "terrior" (something the French appreciate so much), but that site can no longer produce good wine.  Grapes are grown on "rootstocks" and Cornell University had modified a rootstock to be resistant to the virus.  This was an elegant solution to the Grape Fanleaf Virus problem because the top part of the vine is unchanged and only one kind of rootstock has to be developed.  Last fall an experimental block of this new technology was ripped out of the ground by activists who believed they were saving the French wine industry from "genetic contamination."  That fear is 100% irrational - it is a rootstock under the ground that never flowers.  Besides, grapes are not grown from seeds anyway.  Different varieties of wine grapes are planted side-by-side all the time with NO ILL EFFECTS!


Is This Good Or Bad - Consider the Case of Wheat

So for a variety of reasons (some economic, some logical, some irrational, some selfish), very few additional crops will ever be GMO.  This is not at all to diminish the importance of GM crops in our food supply. Corn, Soybeans, Cotton, Canola, Sugarbeets and Alfalfa are all GMO and are planted to hundreds of millions of acres each year.  The are hugely important in meat and milk production and as ingredients in many processed foods.  Still, I will continue to argue that planting more GMO crops would be beneficial.  The world will survive without a bit more excellent wine (very few vineyards in California, Chile, Argentina or Australia are contaminated!), but the other crop where activist-generated-fear has "won" by eliciting Brand Protectionism is - wheat, the second largest food crop on earth.  By 2004, GreenPeace was able to generate enough fear in Europe to get major millers and bakers to threaten not to purchase North American wheat if any became GMO.  The Canadian Wheat Boardblinked, and two, nearly commercial wheat traits, were stopped in their tracks.  One kind of GMO wheat would have been easier to farm with no-till methods and easier to keep pure for specialty uses.  The other GMO wheat would have reduced disease-related yield losses as well as mycotoxin contamination.
It is far easier to stir up fear than it is to educate the public.   There was an excellent article by Justin Gillis in the New York Times on 6/4/11 titled, "A Warming Planet Struggles to Feed Itself."  Much of the article is about how wheat production is failing to increase sufficiently to meet rising global demand.  GM technology is not the full answer to this challenge by any means, but the fact that we are not including GM in the wheat improvement toolbox is a clear-cut "bad thing" in my book.

You are welcome to comment here or to email me at applied.mythology@gmail.com.  Image of Edvard Munch’s 1893 painting,  ”The Scream” from oddsock. French Fry image by Sun Dazed. Alsatian vineyard image near Colmar, France from Andreea.
Posted by Steve Savage at 10:18 AM