Inconvenient Truth: There Are Pesticide Residues On Organic 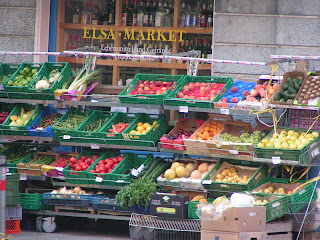 A recent review article in the scientific journal Nature Plants makes the claim that organic produces "foods that contain less (or no) pesticide residues, compared with conventional farming."  That's not what the latest USDA-PDP (Pesticide Data Program) information about pesticide residues says. What that transparent source of tax payer-supported research indicates is that 40 different synthetic pesticide residues were detected on organic food samples at levels similar to what was seen for the comparable conventional food samples. In both cases the amounts are too small to be a health/safety concern, but this certainly does not fit the standard organic narrative.
For the 2014 survey, USDA scientists collected just over 10,000 samples of 15 crops taken from ordinary retail food channels.  The scientists then used extremely sensitive laboratory methods to check for traces of hundreds of different chemicals.  409 of the samples were labeled as organic, and residues were detected in 87 of them.  Thus 21% of the organic samples had detectable residues representing 142 detections in 78 crop/chemical combinations.  That detection percent is lower than for conventional, but the PDP testing does not have the capacity to detect several of the most commonly used, organic-approved pesticides like sulfur, copper compounds, mineral oils or Bt.  Those materials can't be measured with the same technology used for the other chemicals, so the USDA has chosen not to test for them. If they did, the detection percentage for organic would be much higher.  One organic-approved pesticide that is measured by the USDA is called Spinosad, and it was detected on 13 organic crops as expected.  However, the other 40 of the 41 different pesticides detected on the organic foods were synthetic chemicals that are not approved for use on organic.

Finding synthetic pesticide residues on organic is not unprecedented.  Earlier, larger surveys of organic conducted by the USDA and by Canadian Food Inspection Agency found un-approved residues in at least 40% of samples.  The normal explanation of this is that it represents inadvertent spray drift or cross-contamination in harvesting bins etc.  Many of the detections are at such low levels they fit those scenarios, but interestingly when I looked at the conventional detections for the same 78 chemical/crop combinations, the organic detections were only significantly lower in 26 cases, and the organic detections were equal to or higher than those in conventional for 30 cases (see chart below).

For organic advocates and organic marketers this sort of information leaves one of two possibilities.  They can agree with the EPA and other responsible agencies that consumers need not be concerned about the low-level pesticide residues found in either conventional and organic food.  Alternatively they could choose not to believe those authorities and be forced to conclude that organic food is unsafe.  For consumers the logical take-home message is that between our rigorous regulatory regime and our responsible farming communities, we can enjoy a safe, healthy diet full of fruits and vegetables without having to believe that safety is only available at a price premium.
There are several ways that you can review this information for yourself.  The USDA published a "what consumers need to know" document, a fact sheet, and a 230 page summary.  They also make the raw data available for download (as long as you are up for processing a 2.2 million row, 98MB table).  I like to take advantage of all that detailed, transparent data, and I will be publishing a more complete, independent analysis soon.
Twenty-three percent of the detections in organic were of old organochlorine or organophosphate insecticides or their metabolites (e.g. DDT, monocrotophos...). These are persistent environmental contaminants (they have been banned for decades). These chemicals are found in both organic and conventional samples at levels in the low part per billion range. This is an unfortunate artifact of pre-EPA history, but fortunately not a current health threat.  Three point five percent of the organic detections were for currently-used carbamate and organophosphate insecticides (Oxamyl, Carbaryl and Chlorpyrifos and Dimethoate), but all at levels well below current safety tolerances.  Seven point seven percent of detections were of neonicitinoid insecticides, and 9% were synthetic pyrethroids.  Other insecticides made up 3.5% of the detections.  Fifteen different fungicides represent 25% of the detections. There were detections of two different herbicides, 2 of a miticide and 3 of an insecticide synergist. Again, these detections are, for both organic and conventional, at levels too low to be of concern.  Indeed, what the the data demonstrates is how far below.
The reason that the USDA has been conducting its Pesticide Detection Program since 1991 is to monitor how well the system is working to insure that farmers can control damaging pests and still supply food that is safe for consumers.  What the data has consistently shown is that these goals are being met and that consumers can confidently enjoy a healthy diet rich in fruits and vegetables.
However, an organization called the Environmental Working Group has severely mis-used these data year after year to construct what they call their "dirty dozen list."  They are funded by many of the big players in the organic market (Organic Valley, Stonyfield Farms, Earthbound Farms, Applegate, Klean Kanteen, Dr. Bronner Soaps, Beauty Counter, Juice Beauty, Brown Advisory, Nature’s Path, Annie’s), and their goal is to frighten consumers away from conventional food and towards organic. The problem is that their non-scientific approach of simply counting detections regardless of the level or identity of the chemical would classify organic as "dirty" as well.  Consumers should simply ignore the disinformation that comes from EWG and consider not supporting the companies that fund them.