GMO Foods: To Label Or Not To Label? 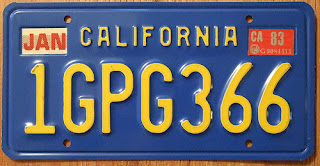 This fall, California voters will be asked to vote on Proposition 37, a law which would require that all foods including “GMO Crop ingredients” be labeled as such.   There are many reasons that this isn’t a good use of governmental authority for mandatory food labeling.  A look at historical logic and precedents for labeling, and at the misleading messages this initiative would foster, should inspire Californians to reject it at the ballot box.

Labeling for a Known Hazard

If a food is hazardous to some consumers, but not others (e.g. peanut allergy), then it makes sense to require that it be labeled to protect that minority.  If a food contains something generally hazardous, but difficult to immediately remove from the food supply, it makes sense to label those foods as well (e.g. trans-fats for which labeling was required after 2006).   If a particular GMO crop were to be found to be hazardous to certain people, or people in general, the appropriate response would to ban the use of that particular trait nationally, not to label it at a state level.  No such hazard has been documented for dozens of biotech crops crop traits over 16 years of extensive commercialization, so “hazard” has never been a reason to require labeling of a GMO crop.

Labeling For Lack of Safety Studies

The proponents of Proposition 37 argue that because the FDA does not require a set of specific human safety studies prior to commercialization, consumer need to be warned. Considering the diversity of biotech traits, it does not really make sense to specify a particular battery of safety studies.  They would really need to be varied on a trait-by-trait basis.  The opponents of these crops imply that these foods are thus, untested when it comes to safety.  Nothing could be further from the truth.  Both the companies that produce the crops, and a wide range of independent researchers, have studied GMO crop safety for years.  Highly qualified scientific panels have reviewed those data and consistently concluded that these improved crops represent no unusual risk compared to crops improved by traditional methods. Indeed, "Nature" seems to make similar genetic modifications.

Ironically, the largest single contributor to the pro-labeling effort is the internet “health advisor,” Dr. Mercola whose $800,000 donation was funded by his thriving, natural supplement business.  There is very little regulatory oversight for that multi-billion dollar supplement industry in terms of required testing either human safety or product efficacy.  When it comes to safety testing, GMO crops are far more intensively scrutinized than something like Dr. Mercola’s supplements.

Labeling Because Other Countries Require It

One argument for requiring labeling has been that places like Europe, Japan and China do so.  First of all, most of the ingredients in the US, human food supply that come from GMO crops (corn starch; high fructose corn syrup, soybean, cotton seed or canola oil…) have always been supplied from different crops in other regions (potato or rice starch, beet or cane sugar, sunflower, peanut or rapeseed oil…) so there are actually very few GMO labeled foods in those countries.  They import massive amounts of our GMO crops for animal feed, but that is not labeled.  Second of all, the scientific review panels in these other countries have come to the same conclusions as those in the US.  They find no reason to doubt the overall safety of GMO-based foods.  It is just that politics trumps science in those political systems.  That is certainly not something we should imitate.

Labeling Because It Is A Consumer’s “Right to Know.”

Bits of information do not actually become “knowledge” unless they can be placed into a meaningful context.  We have a historical example of this with the mandatory food composition labeling that has been required in the US since 1990.  The calorie, protein, fat, carbohydrate and vitamin content of foods could theoretically be useful information that consumers could “know.”  Unfortunately, when Congress passed the Nutrition Labeling and Education Act of 1990, it never actually funded the education part (imagine that).  For most consumers, the information on food products is not part of a functional knowledge-base that could guide their food decisions.  Instead, they are left to be influenced by the advertizing messages and ever-changing food fads that shape our “marketing of non-existence” food culture.  Proposition 37 does not include any sort of official educational component,. It would just mandate that a bit of information, “contains ingredients from crops modified by genetic engineering” be attached to many foods.  The contextualization of that information will be heavily influenced, not by any sort of balanced presentation, but by a range of activist groups, aggressive organic marketers, and fear-based marketers like Dr. Mercola.   This will not be anything new as these groups have been flooding the internet with hyperbolic warnings for more than a decade.  One might think that there would be a statute-of-limitations on saying that “the sky is falling.”  It is not at all surprising that Mercola and others would like the opportunity to ramp up the level of societal fear with the help of the “information” supplied by California law.  (By the way, Dr. Mercola has not just promoted fear of GMOs.  He has been a conduit for anti-vaccination activists and even for a “doctor” with the theory that all cancers are fungal infections.  His consistent message is, “Be afraid! Buy my products”).

Labeling As A Way To Track The Effects of GMO Foods

Another argument that Prop-37 supporters make is that labeling will allow us to better track or detect any issues with these foods.  Other than the fact that there is no obvious mechanism for that to happen, there is another major problem with the argument.  Foods purchased in restaurants would not be labeled under Prop-37.  Considering that on average people eat about half of their meals out, and that many mostly eat out, this idea of tracking falls apart.  The other implication of this exemption is that the information on grocery items (which will be cast in a scary light by Mercola et al), will not be seen in restaurants, including those that serve fast food, fried in GMO vegetable oils and sweetened with GMO corn-based sweeteners.  Making home meals sound scary and restaurant meals sound safer hardly sounds like a smart message to be sending to a population with an obesity problem.

Labeling To Allow Some Consumers To Avoid GMO Foods

Some people may never trust the scientific/regulatory consensus.  That is OK, but those folks don’t really need to force mandatory labeling for everyone else.  They always have the option to buy Organic, which decided not to use GMO long before it was even an option.  These folks also always have the option to buy products that are sold as or even certified as non-GMO – something that is allowed already.  Anyone can also learn a few simple rules based on the limited number of crops that are GMO in the first place. Here are the simple rules: If the product has ingredients that are derived from Corn, Soy, Cotton, Canola, or Sugar beets, just assume it is probably includes biotech varieties since farmers of those crops overwhelmingly choose those option.  Right now, the only fresh market GMO crops in the US are papayas from Hawaii (virus resistance developed by Cornell University that saved the crop), and some sweet corn. In the rare case of another biotech crop being added to this list, there is always plenty of official notice and press/blog coverage.

Within a few years there may be some biotech-based, non-browning apples on the market, but they will be voluntarily labeled as such because it is a positive consumer feature and because that value chain is amenable to full identity preservation down to the sticker on each fruit.  This is the most logical form of GMO crop labeling, and there are no regulatory or legal barriers to such labels.

Mandatory food labeling should be reserved for well-documented public health needs and should be linked to viable public education efforts.  It shouldn’t be something designed to enrich fear-based marketers or to give people a false comparison of at home and restaurant foods.

You are welcome to comment here or to email me at savage.sd@gmail.com